We walked past the Feather Market Center and continued up with the hill.  We did not realize that we were already in Castle Hill Street.  This street has a few interesting houses.  They are original Settler Houses from the 1820’s and are National Heritage Site.

This house was built for Rev Francis McCleland after land was granted to him in 1827.  He was the first Colonial Chaplain in Port Elizabeth.  The house is one of the oldest is Port Elizabeth and has been restored.  It is now a museum but we did not have time to visit the museum. 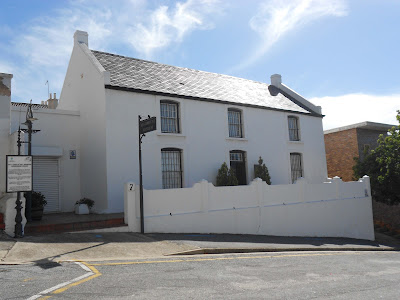 These beautiful single storey cottages with slate roofs are typical Settler houses.  They were built in the 1830’s and originally were the property of Constable William Sterley. 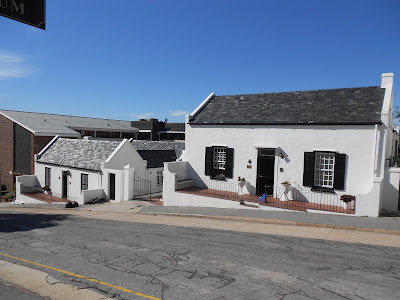 Some of the other houses in this street were not so lucky.  They stand empty and neglected. 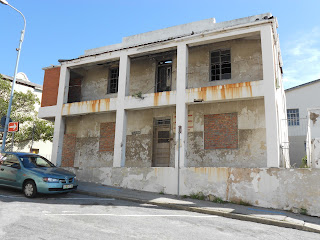 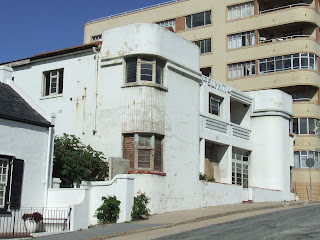