May 16, 2012
Our train to Basel left at 10:34 from platform 6 on Bern station.  It takes about an hour and we arrived in Basel at 11:36.  We had a bit of trouble to find the information desk at the station.  We got a city map when we found it and then walked to the town. 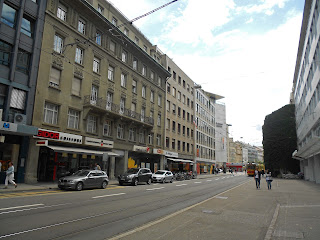 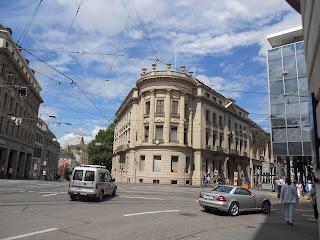 We reached our first stop, the red sandstone Basel Munster, at about 12:00.  This Romanesque and Gothic church was consecrated in 1019 and was completed in 1500.  It has two towers, St George Tower (left) and St Martin Tower (right).  The outside of the church is beautiful with its red colour and impressive towers. 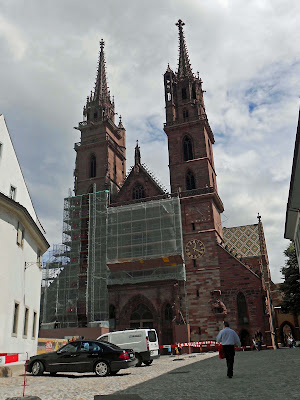 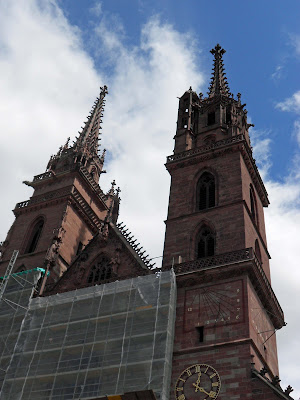 The main doorway was built in 1280.  The statue on the left is Emperor Henry II holding a model of the cathedral. 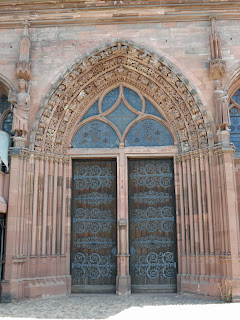 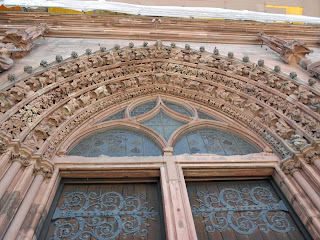 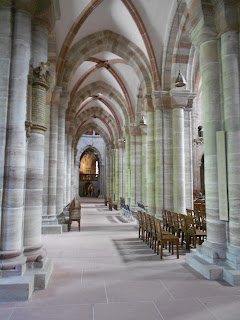 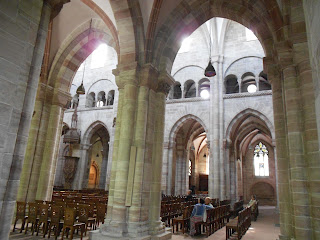 The Erasmus’s memorial is a red limestone with Latin text.  This is a memorial to Erasmus of Rotterdam, a Dutch Renaissance humanist who died in Basel in 1536 and was buried in the Cathedral. 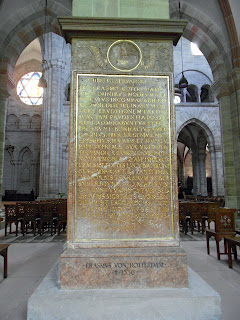 The St Vincent panel from 1100 tells the story of a Spanish deacon who was killed in the 14th century during the persecution of Christians.
According to a website:  "... on the top left, Vincent speaks up for his bishop and is flogged for it; to the right he is tortured and led into a furnace; below, angels carry his soul to heaven while ravens protect his body before it is dumped at sea, retrieved and buried in a proper tomb." 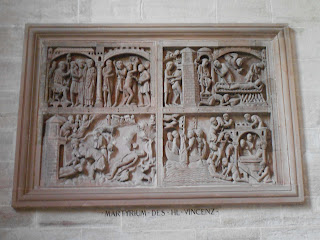 Next we saw the sarcophagus of Queen Anna, the wife of King Rudolph of Hapsburg, who died in 1281.  She wanted to be buried in Basel with her with her son who died as an infant.  The remains of Queen Anna and her sons were moved to the Hapsburg vault in 1770. 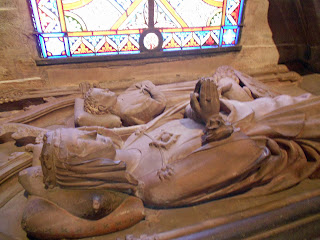 We walked through the crypt with very old graves and paintings. 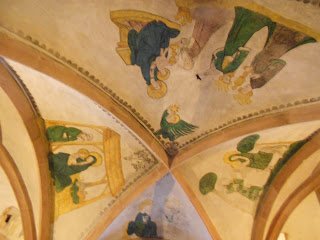 Next we went to the choir with amazing stained glass windows. Most of the windows are from the 19th century restoration. 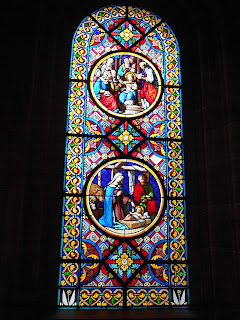 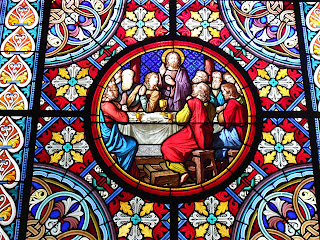 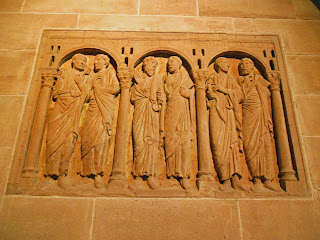 We then left the inside of the church to walk through the cloisers.  But more about that in my next post. 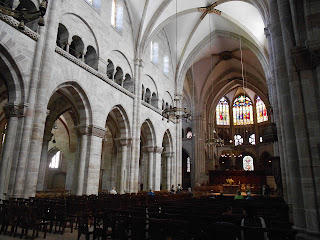