Even after a full day in Bern we wanted to see more and decided to stay in Bern on Thursday 14 July 2011.  We traveled by tram to Bern Bahnhof and then walked to the Bärenplatz.  There was a farmers market and we browsed for a while.  It was a sunny day and the square was very busy.

We saw the following while walking in Bern Alt Stadt:

Holländertirm or Dutch tower
This tower was part of the original city wall but the exact age is not known. 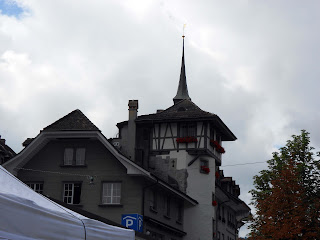 French Church
The Französische Kirche (French Church) is the oldest church in Bern.  The church was built from 1270 to 1285.  The French Huguenots used the church after they came to Bern as refugees. 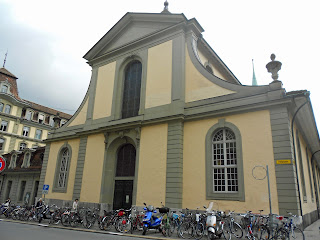 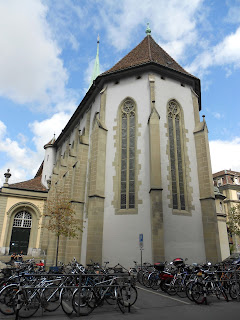 Kornhaus or Granary
Originaly the Kornhaus was used to store grain and the cellar for wine. 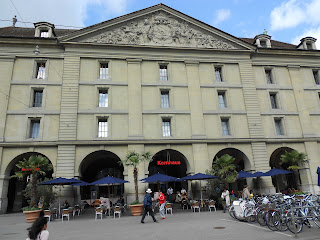 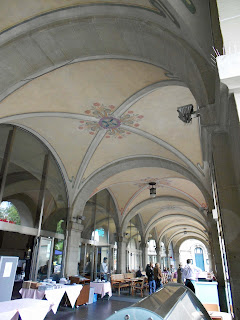 Statue of Bears and Rudolf van Erlarh
Rudolf van Erlarh was the commander of Bern at the battle of Laupen in 1339.  The battle was between Bern and Freiburg and Bern was victorious.  This victory led to Bern’s inclusion in the Swiss confederation. 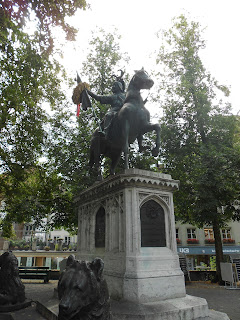 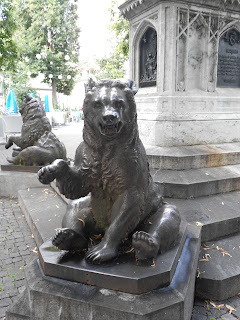 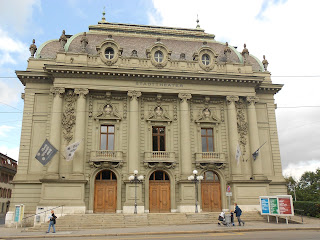 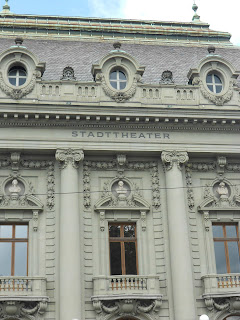 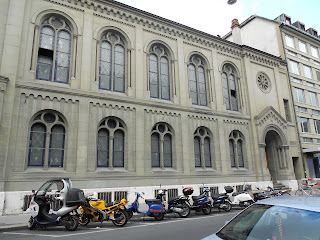