February 17, 2017
Prince Albert has a lovely Dutch Reformed Church. It is one of those buildings that had to photograph every time we drove or walked pass. 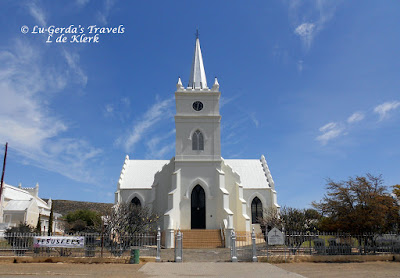 The corner stone was laid on 1 October 1860 and the church was completed in 1865 with the bell and clock, both imported from London, installed in 1878. During the Boer War the British forces used the church tower as a look-out. The corners of the wall surrounding the church and the spikes on the fence have been designed to match the church building.

As usual in South Africa, the church was locked and we could not go inside. 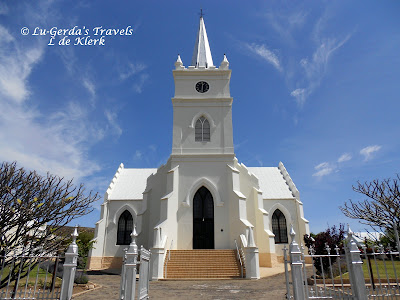 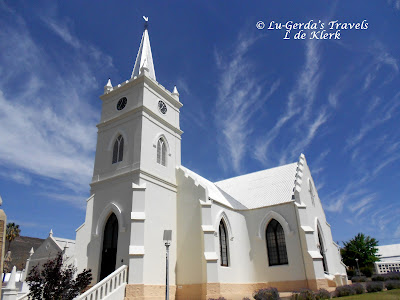 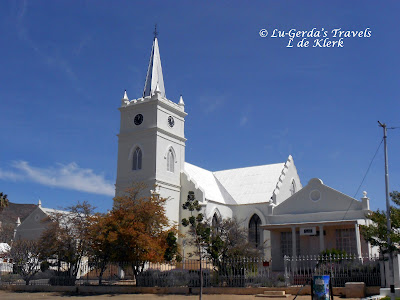