January 25, 2013
We have probably driven past this little town more than a hundred times and never turned in to have a look.  Yes, we did stop at the petrol station once or twice but that does not count.  So instead of a struggle with all the holidaymakers in our hometown we decided to visit Heidelberg.
﻿
﻿Heidelberg is a town in the Western Cape of South Africa.  It is about 121km from our home in Mossel Bay and about 274km from Cape Town.  ﻿

﻿In 1716 Louis Fourie obtained grazing rights from Governor van der Stel.  This led to the establishment of the Doornboom Farm and homestead in 1728.  In 1855 the farm was bought from Mr. Fourie and the town was started.  The town was named after Heidelberg in Germany.  ﻿


The Doornboom Homestead was one of our last stops of the day.  It is currently being restored and we could just view the outside.  It also has a beautiful rose garden. 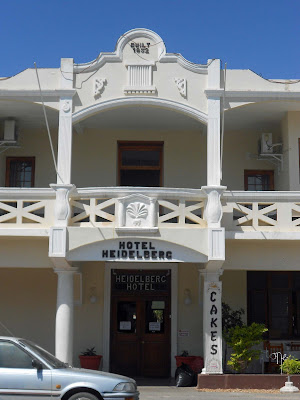 I tried to get some more information about these old buildings on the internet but was unsuccessful.  The town’s tourism website is being upgraded and other sites repeat the same bit of information. 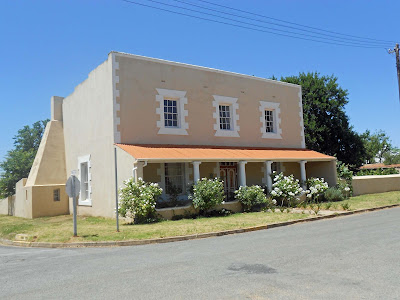 We also visited the Dutch Reformed Church and St Barnabas Anglican Church but I will write about them later.
Heidelberg Western Cape