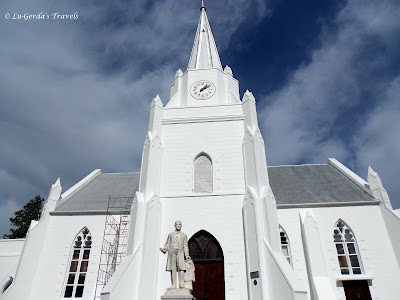 We arrived in Somerset East at about 13:00.  It took us a little longer than planned to drive the 60 kilometers from Bedford due to an unexpected detour near Cookhouse.  The village called Somerset was established in 1825.  It was named Somerset after Lord Charles Somerset , Governor of the Cape.  The name was changed to Somerset East in about 1857 to distinguish it from Somerset West in the Western Cape of South Africa. 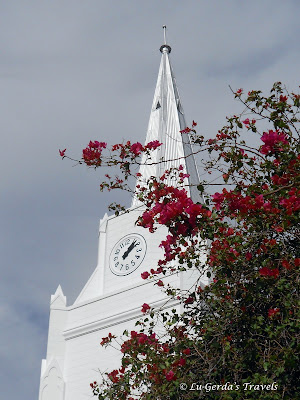 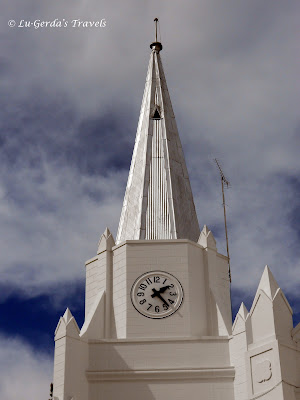 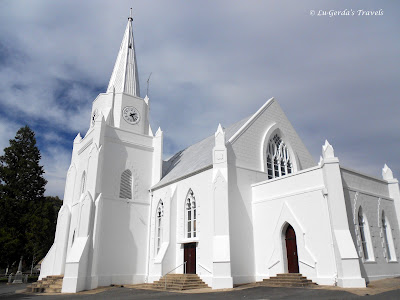 Our first stop in the Somerset East was the Dutch Reformed Church.  The corner stone was laid on 25 December 1830 and it was completed about 1833/1834.

Carl Otto Hager planned the extensions made in 1870 to enlarge the church.  Only a few of the original walls remained and the new church was consecrated on 17 November 1871.  The church was declared a National Heritage Site in 1979. 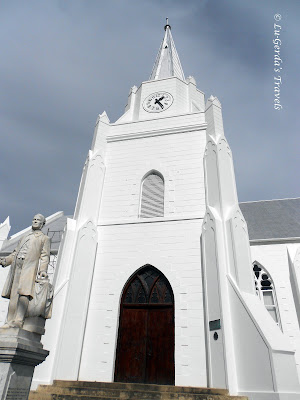 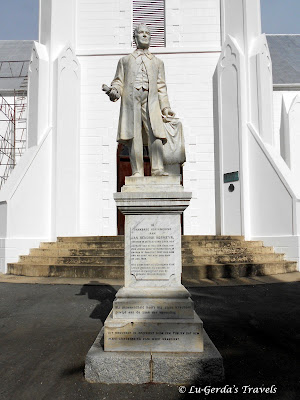 There are two statues on the church grounds.  The first monument, in front of the church, is of Rev Jan Hendrik Hofmeyr.  He served as the reverend of the church for over 40 years from 1867 until his death in 1908. 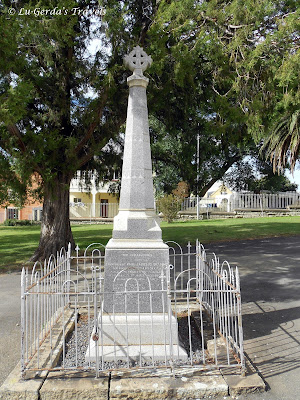 The second monument is for Commandant Paul Erasmus who died in 1881. He was the commandant of the Somersetters in Basutoland.
Churches Eastern Cape Monuments Somerset East
Location: Somerset East, South Africa