February 24, 2012
A while back my fiancé told me that he wanted to take photos of the old churches in South Africa.  So when we decided to go visit my sister in Cape Town in December 2011 we thought it was a good time to start. 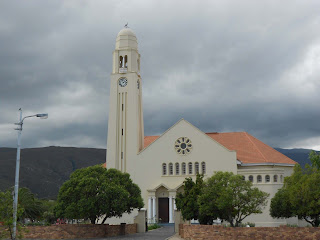 Our first stop was at in Riviersonderend (meaning river without end).  The town was established in 1922 when Ms Edith McIntyre sold her farm to the church.  Although there were a lot of clouds, it was a really warm day.  We reluctantly left the air-conditioned car to take photos. 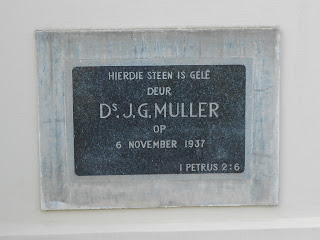 The gothic church is pretty and the tower can be seen from far away.  I enjoyed the garden﻿.  It is beautifully cared for and there was blooming roses along the paths. 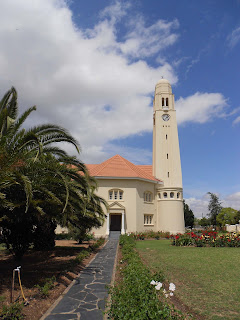 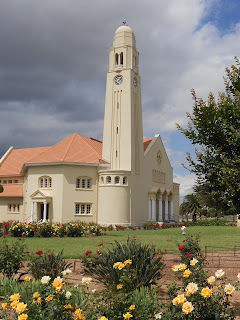 Unfortunately the church was closed during the day (as most churches in South-Africa) and we could not see the inside.  (Will try to make an appointment next time or visit before/after a service)